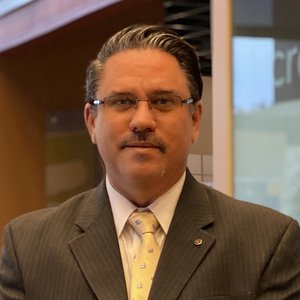 While obtaining my undergraduate degree in Economics and Finance I interned with a Regional Planning Agency that covered 13 counties. Upon graduation, that experience led to a job offer at a regional Chamber of Commerce representing three counties. Those experiences working for nonprofits led me into a 26-year career helping others, building communities, and creating jobs. Just as importantly, it helped cement my belief in a team approach, i.e. a regional approach to solving problems.

Now that I’m working with Convergent on the other side of the coin, helping communities raise funds to carry out their important tasks, it’s even more rewarding. I get to meet and see so many outstanding professionals around the country, in every state, in every nonprofit endeavor as they strive to “make mission happen”. We see “best practices” and pass those along when it makes sense, kind of like bees pollinating the country to make honey wherever we can. Everybody loves honey!

I was a Rotarian for nearly three decades so there are many causes I care about but service above self is what drives me. Without question, my passion for fundraising is with cities, counties, chambers of commerce, and economic development organizations. I believe the work they do improving the quality of life of citizens while providing jobs and community amenities drives all other downstream impacts to the other nonprofits in their market area.

Lawrence has generated over $100 million for local, regional, and multi-county economic development organizations while creating thousands of jobs for the communities he has served over a 30-year career as an economic development professional in Georgia, Florida, Virginia, and Kentucky. He has personally worked with thousands of entrepreneurs, small businesses, and Fortune 500 businesses, helping guide their strategic decisions.

His efforts have been recognized as “Best of the Best” by the American Chamber of Commerce Executives, a “Top 20 EDO” by Georgia Technical Institute, and have earned him a national reputation as an innovative, visionary thought leader. He’s received the “Mayor’s Community Spirit” award in Atlanta, been named “Most Influential” multiple times by Floridian Magazine, “Business Person of the Year,” in Athens, GA, and a “Kentucky Colonel” by Governor Matt Bevin – the highest civilian honor possible.

Lawrence and Elizabeth McKinney were an excellent match for our region and its business community. Their depth of experience in economic development and fundraising campaigns not only allowed us to see results quickly but they provided guidance and support that will have long-term benefits to our organization. They were organized and strategic in structuring and implementing the campaign and their professionalism was the secret sauce that helped open doors and close deals. I strongly recommend them as fundraising professionals and ambassadors for the organization they represent.

The McKinneys not only exceed expectations, they blast through them and work tirelessly to bring the nonprofit organizations they work for to new and greater heights not imagined possible.