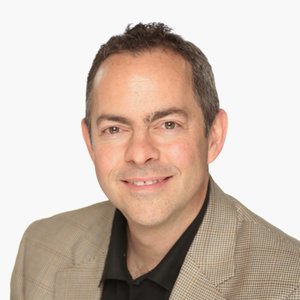 In 2015 I traveled to Vietnam to visit a school where the children were being served Rise Against Hunger meals. The school was for children with special needs who in that part of the world frequently didn’t receive the care they needed and, as a result, often died before the age of five due to neglect.

We toured the school in July with the temperature well above 95 degrees. There was no air conditioning, so all of the windows and doors to the classrooms were open. Ahead of me, other members of our small group of donors were stopped, looking into one of the classrooms. When I caught up with them, I found out why.

Inside the room, a young girl about 10 years old was playing the keyboard. Across from her, a boy about the same age was singing. We were speechless, and that moment that seemed to stand still for me. I realized that beautiful music would perhaps not have existed had it not been for the meals we were providing to feed those children who were clearly thriving.

Rod is a humanitarian, business leader, growth strategist, and passionate influencer. As CEO of Convergent Nonprofit Solutions, Rod leads a talented team of professional fundraisers who work with nonprofit organizations to raise funds needed to scale their impact. After spending more than 25 years leading organizations in the nonprofit sector, Rod knows that nonprofit organizations can leverage their vision, passion, technical knowledge, and networks to help solve pressing social issues. He believes that scaling social impact drives revenue and organizational growth.

In his former capacity as President and CEO of Rise Against Hunger, a nonprofit organization dedicated to ending hunger in our lifetime, Rod expanded the organization’s impact to serve more than one million beneficiaries, led the growth of cash and in-kind revenues from $1.4 million to more than $60 million per year, and increased volunteer engagement to more than 500,000 volunteers per year. Before Rise Against Hunger, Rod was instrumental in creating Exploris (now Marbles Kids Museum), an $85 million interactive museum about the world, where he facilitated the conceptualization, design, fundraising, construction, and operation.

Rod specializes in Results-Based Financing and Social Impact Investing. He has spoken publicly on topics including hunger, international development, and nonprofit administration. He has appeared on Bloomberg Television as well as other news programs and has been featured in the UNC-Chapel Hill College of Arts & Sciences magazine.