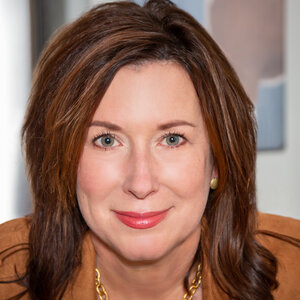 Growing up in a family-centric, blue-collar neighborhood in North Philly with a single mom, I was immediately different than the other kids on my street. That, coupled with my mom’s mental illness, added to a potential of growing up fearful and isolated.  An outlet for me and my friends was the recreation center at the end of my street. But it was rarely open and poorly staffed, except for the maintenance man.  Most of the fields were littered with broken glass and the playground equipment was in disrepair.

When I walked into a Boys & Girls Club for my first “real” job at age 21, I found what I did not realize I was searching for throughout much of my youth.  This was a place with staff who cared. It was a place where all kids were welcome, all kids were equal, and all kids had potential.  As I was leaving the Club after my first day on the job, a teenager knocked on my car window while I was stopped at a red light.  His question and my answer were what cemented my commitment to the meaningful and life-changing work of nonprofits.  He asked, “I wanted to make sure you were coming back tomorrow.  Are you?” No longer that kid in search of a place to be, I was a professional who could make a difference. My answer was and has been every day since, “Yes, I am.”

In 1987, Sondra stepped into a Boys & Girls Club in a neighborhood north of Boston and launched her career in nonprofit management and resource development.

After 16 years with the Boys & Girls Club, she moved into consulting and gained valuable experience learning from donors, raising millions of dollars, and building capacity for organizations across the United States. Her skills were sharpened in strategy, innovation, growth, and asset-based fundraising. She has led projects for national nonprofits such as CARE, American Diabetes Association, Feeding America, and Habitat for Humanity International.

Sondra has served on many community and nonprofit boards, as well as steering committees for burgeoning urban-based nonprofits. She proudly brings her expertise working with businesses and nonprofits in strategy, resource acquisition, and development to the Convergent team of fundraising professionals.