Des Moines Rocked! A Quick Look Back at #ACCE18 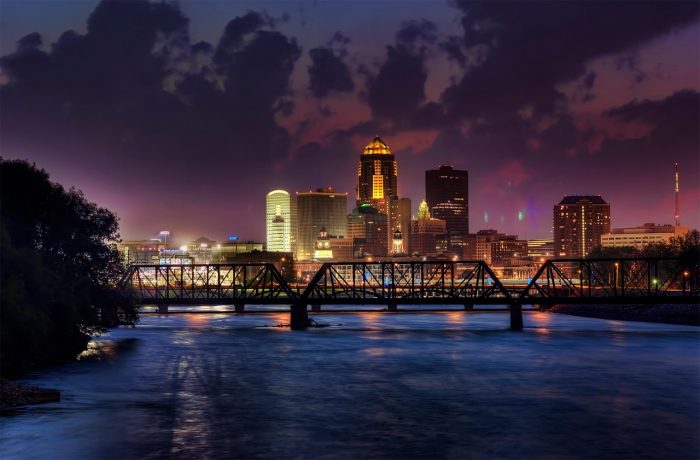 The 2018 ACCE Convention did not disappoint! Very strong content and wonderful network development for EVERYBODY but the real star of the show may have been the place, not the program. I don’t think I’ve ever heard so many raves about the host city and chamber team as I did in Des Moines. Given that other recent hosts included Nashville, Montreal, and Savannah, that’s saying something for the town and the business community’s leader, Jay Byers.

People:
Good crowd –among the top five attendance counts ever. Quality as well as quantity, with specialists in every field, plenty of bosses and the kind of diversity I dreamt about when I was running the organization. Chambers are practicing what they preach as they attempt to make inclusion a core operating principle in their communities and organizations. Young people also seemed to fill every session but that is probably the perspective of the writer!

Program:
The fight for seats in sessions focused on workforce and chamber value was at times comical. The fire marshal would not have been amused at a few of breakout rooms with panels about filing the talent pipeline and telling the chamber story in ways that can monetize the value – from the scalability of public policy victories to the quality of communications.

Carve-Outs:
Specialty subgroup sessions ran parallel to the programming all week. These reflected roundtables of horizontal networks (org size or city type), vertical slices (topical, job-specific, length of tenure), and random meet-ups.  I heard many people express the sentiment that these formal and informal sessions were the highest value of the conference, even if they loved the programming. The most memorable ad hoc grouping may have been the “Michael and the Two Jays” jam session in the live karaoke bar – Huber from Indy on keyboards, Garner live from ATL on drums, and Byers’ guitar and vocals.  Awesome.

Recognition:
The Texas Awards Gala (oops, I mean the ACCE Awards night) was, as always, a highlight of the event, with winners, losers, and sometimes presenters wiping away tears. The room and everyone in it looked maahhvelus daahhling, but for me, the most striking images were the screenshots presented by communications award winners. In the last 10 years, the sophistication, quality, visual appeal, and word power of chamber communications has improved immeasurably – especially those centered on ambitious policy and community-building initiatives that are ripe for funding campaigns. The onsite Convergent team – Rick, Mark, & myself – decided the next day that we’d all invest in the winners’ projects!

Legacies and Transitions:
I had the great pleasure of spending a few minutes with the successors of two folks who received the coveted ACCE Life Member designation this year. Gary Toebben, 40+ year chamber veteran who led chambers ranging from North Platte to Los Angeles, ensured that I spent a few quality minutes with his replacement, Maria Salinas, whom he brought to meet peers and pals even though she had not officially started on the job. Meanwhile, Lindsay Keisler, successor to lifer Danny Hearn in Catawba NC, went out of her way to introduce herself following one of the parties. Two strong, self-aware, ambitious women replacing two legends in the business. I also spent time with Jeremy Harris, rock star and heir apparent to long-serving Randy Gordon in Long Beach, who will host ACCE in 2019.  And of course, my successor Sheree Anne who, in her first year on the job, led her team to produce one of the biggest and best annual gatherings ever. Based on these and a half-dozen other leadership transitions I happened upon during the week, I’d say the future of the chamber business is in fine hands.

“When a guy like me gives up the role of morale officer for an entire profession, he’s bound to let loose with unsolicited advice.” – Mick While serving as CEO of the Association of Chamber of Commerce Executives for more than 16 years, Mick provided direct strategic planning, consulting, coaching, and motivational support to hundreds of individual chambers and regional growth organizations. Since aligning with Convergent, he has continued to pursue his passion for helping organizations and professionals to deal with whatever comes next. His Chamber Counselor LLC offers to: Speak. Plan. Advise. Examine.