Decreasing Dependency on Events for Funding 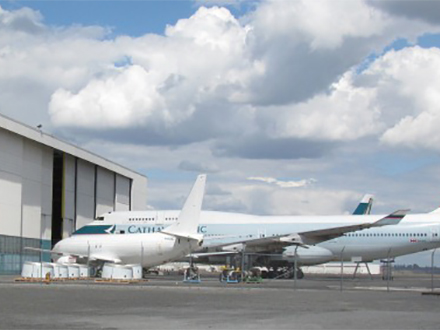 How does an Economic Development Organization (EDO) that has depended primarily on an annual fundraising event for years make the leap to launching a multi-year capital campaign? How do they secure buy-in and support from the regional business community? These were the primary concerns faced by the Grant County Economic Development Council in Washington as they embarked on their capital campaign.

Our previous approach often led to initiatives from our strategic plan being cut due to budget issues. Having an accurate, 60-month cash flow projection has fundamentally changed the way we do business as an organization. We are able to plan based on real budget numbers and are able to be proactive versus reactive.”

For many nonprofit organizations, a good portion of operating revenue is often derived from a marquee annual event. The Grant County (WA) Economic Development Council was no different, depending on an annual golf tournament and gala to help meet the organization’s annual budget. While this event had traditionally been successful, there had been a steady downward trend in participation and investment. This led leadership of the Grant County Economic Development Council to begin questioning the future sustainability of one annual fundraiser… one which required a significant amount of staff time to execute successfully.

Furthermore, the organization’s leadership felt strongly that significant opportunity existed for the region. With access to an international airport, a foreign trade zone, low electric rates, inexpensive land, a high-speed fiber-optic network, and a highly trained workforce, Grant County was poised for further growth and success.

With these factors in mind, the executive staff and board of the Grant County EDC decided that a more comprehensive—and forward-looking—approach was called for. As part of that, the decision to partner with Convergent was made. 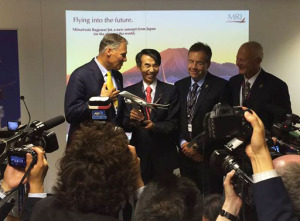 Grant County has an aerospace history dating back to the late 1930’s ­ early 1940’s and boasts two large airfields that enjoy over 340 days of visual flight rules weather. Thanks to funding secured during their capital campaign, the GCEDC staff is now able to focus more time and attention on developing economic initiatives supporting and expanding local aerospace industry.

The theme of the Capital Campaign, which launched publicly in January 2014, is “Building Prosperity,” signaling the need to truly show the business community the potential return on their investment in this campaign. This, according to Grant County EDC Executive Director Jonathan Smith, was the most notable takeaway for him.

“Many of our investors participated in our golf tournament and gala for years, investing the same amount each year,” said Jonathan. “However, after Convergent launched the campaign and explained the overall vision and the expected ROI to these businesses and individuals, many increased their investment significantly, in some cases doubling or tripling the previous amounts. It is clear to me that properly communicating our vision has been the key to our early success.”

We are off to a terrific start. Honestly, we are further along than I thought we would be, especially as it relates to supporting the key indicators of our strategic plan.”

The increase in time I and my staff are able to spend on economic development activities versus event and fundraising activities is hard to put a price tag on.”