Why should an Economic Development Organization (EDO) that has run successful capital campaigns for years seek professional fundraising counsel? What is the benefit of conducting a full feasibility study prior to launching a campaign? How do you get longtime investors to significantly increase their investment level? Our work with Southern Tier Economic Growth (STEG) provides great insight on the benefits of professionally managed capital campaigns.

Minimum campaign commitments of $1.25 million; increase the average investment of past investors, and identify new investors; and ensure that potential investors truly understood the role and importance of STEG to the region. 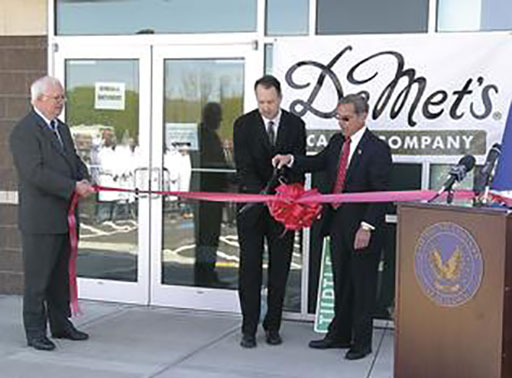 Southern Tier Economic Growth (STEG) is the primary economic development engine in the Chemung County, NY region. With a declining population and limited growth in business and industry, the organization realized the importance of a far more aggressive approach to economic development back in 2011. Along with that came a need for a significant increase in funding for STEG, an organization that had been through capital campaigns in the past, but saw a need for a new and more professional approach to support the strategic goals of adding 1500 new jobs and $60 million in increased payroll to the region. Like many similar organizations, past campaigns had been led by a volunteer board of directors. While these campaigns had been successful, the results had been diminishing to a degree in recent years. Therefore, sticking to the status quo was not something that STEG’s leadership believed would yield the desired results to support such significant goals. Convergent was engaged to conduct a feasibility study, and ultimately, manage the entire capital campaign.

At the core of Convergent’s philosophy is the belief that “listening is the key to community-wide engagement.” According to George Miner, President, STEG, this was one of the many factors that set his experience with Convergent apart from past, volunteer-led capital campaigns. By interviewing dozens of important businesses leaders during the feasibility study, Convergent was able to educate potential investors about the expected ROI of their investment and solicit their input to ensure they felt like a true part of the initiative. “By starting with a collaborative process that encouraged input, Convergent was able to get the business community excited about and engaged in our efforts,” said George. “This process led to a far greater understanding of STEGs role and communicated the need for a significant campaign to support the region’s future economic development efforts.” A common pitfall of volunteer-led capital campaigns is a lack of context regarding appropriate “ask” for investors. George acknowledges that this was certainly the case with STEG, and that Convergent was highly successful in setting the right level of ask. In fact, George points to several examples of longtime investors increasing their level of financial commitment, some by as much as 1900 percent, after meeting with Convergent and understanding the expected ROI associated with the capital campaign. “The bottom line is that Convergent took time to understand the local market, made the effort to involve the regional business community, and set reasonable goals for each and every investor they targeted,” said George. “The benefits Convergent provided far outweighed any costs associated with engaging them.”

The feasibility study was invaluable, not only in helping us to understand the potential, but in getting buy in from the business community. These meetings were not focused on money, but on making sure potential investors had input into the campaign. I have no doubt that this contributed to our success.