Using A Feasibility Study to Plan A Successful Campaign

16 Aug Using A Feasibility Study to Plan A Successful Campaign

How do you generate investments for infrastructure improvements at a community college in a state known as the “granddaddy” of the Promise Program initiative? Can you convince investors to fund both efforts? 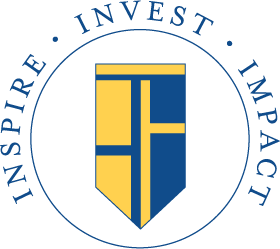 I appreciated the time Convergent took to learn about the college and our community. They worked with us to develop a campaign strategy that will help us serve our students, build new facilities, and support local business and industry. I am quite confident that Convergent gave us the tools we needed in order to be successful in this campaign.”

Founded in 1974, Pellissippi State Community College’s first graduating class included 14 students. Today, the school is Tennessee’s largest community college with an enrollment of over 11,000 students and an annual economic impact of $253 million. With the introduction of the state’s Promise and Reconnect Programs, enrollment was increasing by the semester. The school was bursting at the seems and badly in need of a capital campaign to fund construction of a new science/math building, workforce development center, media/audio technology program expansion, and student/faculty support.

The feasibility study we did for Pellissippi State uncovered an interesting set of challenges for the school. As a “granddaddy” of the Promise Program initiative, Tennessee has a great deal of funding entrenched in this effort. Many potential investors were hesitant to commit to funding Pellissippi State’s bricks and mortar improvements in addition to the donations they were already giving for scholarship through the state Promise Program. Convergent strategized with school leadership to develop the Student Opportunity Fund. This fund would assist students “on the margin,” who had tuition paid by the Promise Program but were struggling to pay for short-term costs such as childcare and textbooks without which they could not attend school.

In addition, Convergent helped secure a $1 million lead gift from a prominent local businessman who understood and helped communicate an important message to future campaign investors: Tennessee’s outstanding Promise Program was increasing attendance at Pellissippi State; thus, the need to invest in the infrastructure to support this increase was crucial. Another major partner in  the campaign was the Economic Development Board of Blount County (EDB) supporting the school as a collaborative effort in workforce development. These initial investments helped the campaign get off to the strong start it needed in order to ultimately achieve its fundraising goals.