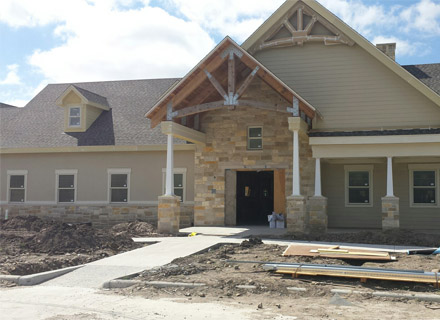 How do you decide who to hire to manage your capital campaign? Do you need a “full-service” firm or is an “of-counsel” consultant sufficient? Is it worth the risk to spend the money needed to hire an outside fundraising firm; will they raise enough money to justify the expense? These were just a few of the concerns facing a hospice in rural Texas as they decided to embark on their first capital campaign.

Our board was concerned about having a drawn out campaign. Convergent’s focused energy laid the groundwork for a clear, fast paced campaign. They set the stage for on-going contributions, and because of that work, we’ll be able to reach our full $8.5 million goal.”

The Hospice of South Texas (HoST) was originally created in 1985 to provide services within a 35-mile radius of Victoria, TX. The desire for hospice services quickly spread, and in 1989 they were able to expand to cover an eleven county area. The Hospice serves patients with a wide variety of end-stage conditions, as well as providing counseling and education programs.

In 2012, HoST decided to test community support for a new inpatient facility. With no other inpatient facilities in the area, there was a substantial need for the additional support and services hospice could provide, as long as their capital campaign was successful. While this would be the first campaign for the hospice, many members of the board had been involved in other fundraisers within the community that had dragged on too long and eventually lost steam.

In addition, many members of their board were strictly volunteers. They didn’t have the deep pockets and didn’t have the personal connections to make large-figure asks of others. For them, receiving a “no” when asking for funding would feel like a personal rejection and it was not something they were looking forward to. With these concerns in mind, the board decided to hire Convergent Nonprofit Solutions to manage their first capital campaign.

The Hospice of South Texas is located in a rural community, and many members of the board were concerned about whether or not bringing in an outside consulting firm to manage their capital campaign was the best route. Would they justify the expense – would we recover the amount spent by hiring consultants? How would members of their community respond to an outsider requesting large pledge amounts? Would our process be effective for them?

Renderings of the planned inpatient facility shared during the capital campaign.

While many aspects of our traditional campaign approach were effective, others had to be adapted to meet the communities’ unique challenges. For instance, due to the large service area, the campaign had a twelve-person leadership team. Unusually large for many campaigns, here it allowed members of the leadership team to focus on identifying a prospect pool and coordinate efforts in a more manageable area.

We also used this localized approach when educating the community about the expansion plans. Instead of having a few large community events, smaller, more intimate gatherings were planned. This was a more effective way to garner interest and support of the campaign throughout the rural community.

Another “traditional” campaign activity that we quickly realized would not work on this campaign was the evaluations process. Typically, Convergent’s campaign director works with the leadership committee to determine the correct pledge amount to request at each solicitation. We quickly realized that in this case, we were able to secure larger pledges for HoST by NOT asking for a specific amount, instead providing potential funders with a list of suggested pledge amounts, naming opportunities, etc., as well as giving them insights on what others had already committed. By customizing and adapting our approach to better fit the communities’ needs, we were able to reach the campaign’s initial funding goal on schedule.

80% of the pledges we’ve received towards our $8.5 million goal is directly attributable to Convergent’s work.”

Bringing Convergent in was absolutely the right thing to do.”