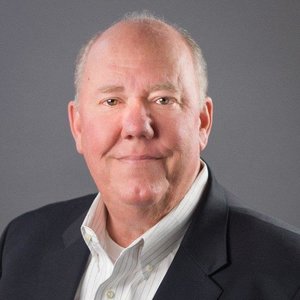 My entire career has been in the mission-driven nonprofit arena.  There is purpose in my work that is much deeper than just earning a paycheck.  I go to bed every night knowing that I affected change and lives.

A youth spent in scouting taught me about being a man of good character.  A career in nonprofit taught me the fine points of working with volunteers and raising funds.  Years in the Chamber industry afforded me broad impact on community economic vitality and lifestyle quality.

While I have served on numerous boards and organizations, my all-time favorite volunteer role is that as Volunteer Coordinator and Mentor for the national All-America City Awards program.  I am inspired by communities which demonstrate cross-sector collaboration and civic engagement in addressing acknowledged community challenges.

Doug has 30 years of nonprofit management experience, starting early in his career with the Boy Scouts of America, and eventually leading three chambers of commerce in North Carolina and Texas. His strengths in fundraising, coalition building, advocacy, and community development have produced significant results and have been recognized regionally and nationally.

During his tenure as president of the Thomasville Area (NC) Chamber of Commerce, the chamber completed a successful $1,000,000 capital campaign during the depths of the “great recession.” Generating support from businesses, foundations, individuals, and governments, that campaign was followed by nearly another $500,000 for new special projects, as well as a building donation valued at $660,000.

In addition to his depth of senior leadership experience, Doug has consulted with nonprofits on the subjects of board development, strategic planning, team-building, and grassroots engagement.  He has completed multiple diverse projects for Convergent clients, including the Foothills YMCA in Seneca, South Carolina and the Rutherford County Economic Development Corporation in Forest City, North Carolina.