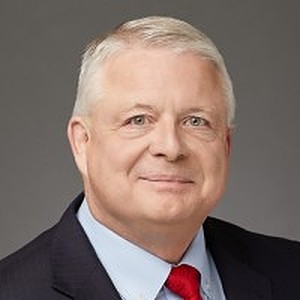 I was a fundraising professional before I was aware there was such a profession or that I was in it.  In high school, I took a 1,500-mile bicycle trip to Yellowstone Park and that made the papers in Sandwich, Illinois.  A local non-profit (The Open Door, a vocational rehabilitation center for handicapped adults) contacted me to help them organize a bike-a-thon, mapping out routes and providing “technical assistance” (fixing flats).  I went to college the next year, and my summer job was with a business headed by an Open Door board member. He asked me if I would mind using two hours a day to help plan and promote that year’s bike-a-thon, so for about $62.50 a week I took on my first consulting job without realizing it.

Before my senior year, I got a summer job with a law firm, thinking that was my career goal.  To the contrary, that summer convinced me that I was on the wrong trail. After graduating, my short resume included the Open Door experience, and my references were Open Door board members. The United Way of Dane County thought that was a great background for an entry-level fundraising professional.  I like to think they were correct.

Alexis Tocqueville noted that “Americans group together to hold fêtes, found seminaries, build inns, construct churches, distribute books, dispatch missionaries to the antipodes. They establish hospitals, prisons, schools by the same method.” He saw this as a defining characteristic of our society.  My career has been, I believe, just a natural sojourn for someone exposed early and often to this tradition.

Robert has been a leader in professional fundraising for more than 30 years, helping over 140 organizations raise more than $600 million. He has led 16 campaigns personally, supervised 100+ campaigns for three national campaign firms, and was the first to codify campaign procedures for investment-based and professionally-solicited campaigns in 1996.

In addition to a strong background working with economic development and chamber of commerce organizations, Robert also offers extensive experience in a wide array of nonprofit arenas.  Social and human services, museums, hospitals, cultural institutions, education, and humanitarian aid are all fields that have benefitted from his fundraising acumen. He has served as a consultant and on staff in his career, so he understands the challenges and opportunities offered by both roles.

Robert is skilled at cultivating and securing major gifts, but he may have an even better record in hiring and training others to succeed in the same endeavor.  There are over 100 campaign and major gift professionals in the country who were selected and prepared for success by Robert. While with the Central Territory of The Salvation Army, Robert built the Midwest major gifts team from 12 to 42 major gift professionals.