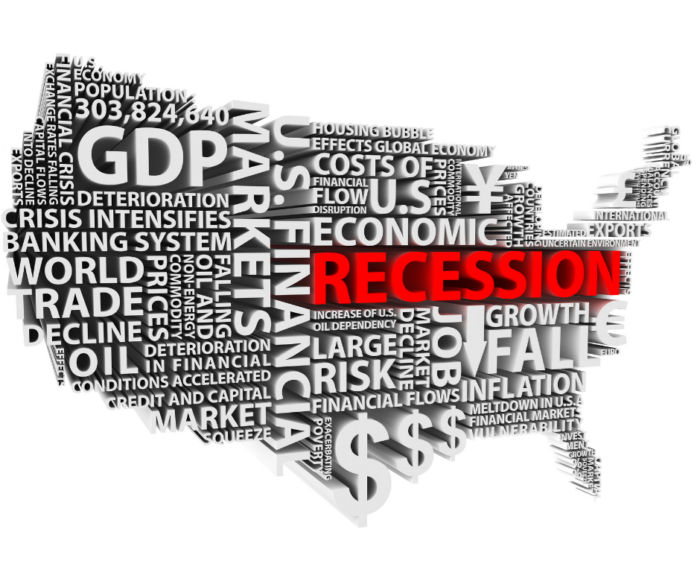 It’s hard not to let concerns of an impending recession creep into one’s thoughts. You avoid looking at your 401 (k) because it’s depressing. You consider taking out a loan just to fill up your SUV’s gas tank. You find yourself talking about the good old days when mortgage rates were 3 percent. More times than not, the actual word “recession” is mentioned on the evening news.

These thoughts naturally creep into a nonprofit’s mindset also.  Do we revise our fundraising projections down for next year? Do we need to ramp up our fundraising efforts or diversify revenue streams just to stay financially even? Will our demand for services go up at the exact wrong time, when revenues are down? All of these concerns are valid, and the proactive nonprofit executive already is thinking about solutions.

Solutions and Insights for Recession Fundraising

Recession is officially defined as a decline in GDP for two successive quarters. While that primarily equates to increased inflation and reduced economic activity in the industrial & service sectors, the ripple effects—whether actual or perceived—permeate the thinking of almost every sector and every household. On a personal level, economic slowdowns may lead to job loss, which of course leads to reduced spending, which leads to even less production because demand is lower, which leads to even more job losses, and the cycle continues.  Even the perceived possibility of a job loss, whether it actually happens or not, impacts how people behave in their spending habits.  The impact on giving to nonprofits can be real indeed.

How did people react during the last time we experienced this, known as the Great Recession?  The Lilly Family School of Philanthropy at Indiana University summarized it this way:

“While the generally accepted narrative of U.S. philanthropy assumes that roughly two-thirds of adults give to charity every year, the participation rate declined considerably between 2000-2016.  From 2000 to 2008, the share of U.S. households donating to charity held relatively steady, dropping only from 66.22% to 65.41%. However, 2010 marked a turning point, as the share who gave declined to 61.11% following the Great Recession. The overall giving incidence was only 53.09% in 2016, the most recent year of data available. This represents a significant decrease of about 20 million households since 2000.”

Convergent was started in the depths of the 2008 recession. We knew our approach worked, and we thought it would work better in economic downturns—when every nonprofit was financially challenged—whether from decreased revenue or an increase in demand. We were right.

An Approach that Works

Here’s what I mean by “our approach”.  It’s not that we are necessarily better at asking people for money (though I think we are), or that we have a better process for running a campaign (I think we do), but that we focus on what really matters to people… delivering the results that are important to them.  Put in the vernacular that I most often use, we deliver outcomes that investors value.

That five-word phrase contains four very important concepts: delivering, outcomes (the most important), investors, and value. While space limitations prohibit going into detail in this message, look for future blog posts in the coming months that will to go into each concept, explaining why each is crucial to reaching funding goals for a nonprofit.

When you deliver outcomes that investors value, you will raise money, even in the depths of a recession.  We have done this before and proved it to be true.  Now of course we hope that a recession doesn’t materialize, but we all know that hope is not a strategy.  If it does, don’t panic… a proven strategy exists.

When times are unpredictable, professional Fundraising Services can help your funding grow—keeping your nonprofit moving forward. From capital campaign consulting to Resource Development services and feasibility study support—Convergent Nonprofit Solutions is here for you. We invite you to contact our experts to get started today!