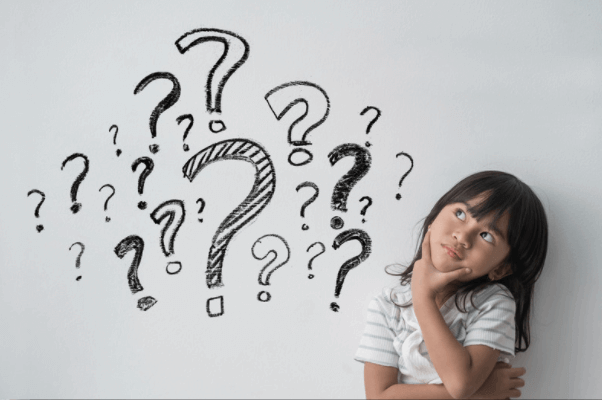 The comparison of emotional and rational fundraising appeals is a seemingly constant tug of war in the nonprofit sector. My young son recently introduced me to the children’s book series Who Would Win? by Jerry Pallotta. These books pit creatures from all over the world against each other in a physical battle, teaching valuable lessons on nature and the animal kingdom as they try to predict who would win the fight. As expected, these head-to-head comparisons are often more complicated than they may seem.

Looking through a fundraising lens, I couldn’t help but draw a correlation between the age-old debate among fundraising and nonprofit experts about who would win (i.e. raise more money) in a battle between emotional and rational fundraising appeals?

The Case for Emotional Appeals

The nonprofit sector is centered around helping notable causes. Important missions, crisis situations, and communities in need are at the heart of the entire industry. As such, it is innately intertwined with emotion. It’s natural for organizations to appeal to donors with the same emotional undertones that fuel the nonprofit’s efforts.

Conventional wisdom takes it one step further to say that “giving is an emotional act.” The heartstrings pull the purse strings. Some nonprofit leaders may feel that adopting an ROI paradigm in fundraising efforts could compromise their mission, and it would be too difficult to quantify their impact anyway. They see ROI as the responsibility of the for-profit business, not their organization.

There are emotionally-based reasons why people do give to nonprofits, as the AFP detailed years ago in its report “Why People Give (and Do Not Give) to Charity”: selfish motives and altruistic motives. People with selfish motives want something in return (which can be completely rational), while those with altruistic motives are rewarded through the communal relationship and the “warm glow” created by benefiting the organization.

The Case for Rational Appeals

Rational appeals are unquestionably a newer approach in the world of nonprofit fundraising. They have quickly gained popularity due to their equally unquestionable effectiveness. When investing money in an organization—especially at a larger scale—donors want to ensure that their money will garner results or outcomes. And if the nonprofit can take it one step further to demonstrate the outcomes delivered are those specifically valued and put an estimated value on the outcomes, the highest donation levels typically occur.

This quantitative approach can turn one-time, small-scale donors into long-term, major gift investors. Proving that your organization provides investable outcomes meaningful to those you’re connecting with is what leads to a successful fundraising campaign. This is the ROI of the sustainable nonprofit and the key to a rational appeal that will exceed funding goals.

Let’s take a look at some case studies of these appeals in action.

Emotional Fundraising Appeal Case Study: The American Society for Prevention of the Cruelty to Animals (ASPCA)

When you think of the ASPCA, what comes to mind? For many television watchers, it is their strikingly sad commercials—often displaying footage of rescued animals to the tune of Sarah McLachlan’s “In the Arms of an Angel.” Not surprisingly, the ASPCA is widely known for its emotional appeal campaigns. One has to ask, though, did you get off of your couch to write a check after that commercial played?

Overall, these campaigns have timelessly proven successful for the nonprofit. The 2019 ASPCA tax report revealed that it raised $254 million over the course of the year.

This insight does come with a few considerations. Emotional appeals often work best when reaching a wider audience capable of smaller donations. This outreach often requires a greater financial investment than traditional campaigns. Promotional spending has earned the ASPCA criticism in the past for fundraising inefficiency.

Their most recent report revealed that the organization invested a whopping $39 million in advertising and promotion over the course of the year. This totals almost 20 percent of the amount they raised. Excessive fundraising and promotional costs can cut into the money left for a nonprofit’s mission and impact the organization’s credibility. Smaller nonprofits with smaller budgets simply cannot afford this type of outreach effort.

Convergent had the opportunity to manage a capital campaign for the Inter-Faith Council for Social Services (IFC), an organization that addresses hunger, homelessness, and economic disparity. At the outset of any campaign, Convergent works very hard to identify the most likely supporters of a project and determine how to attract more donors or investors for a nonprofit. In this case, our team took a look at IFC’s community “assets” and determined that the faith-based community, along with statewide institutions, would be the strongest supporters of a project like this.

Focusing on these types of investors did not mean that we reverted to using only an emotional appeal. Faith-based organizations and other foundations, just like businesses, take the decision to invest seriously and react far better when they understand the true and full impact their investment will have in a community. Therefore, we did not stray from our ROI approach to fundraising. We worked with the client to build an Organizational Value Proposition® and quantify the ripple effect of the IFC’s value and impact on the community. This in turn helped us accurately determine how much money to ask for in solicitations.

The cost of this campaign was less than 5 percent of its end result, and we raised over $5 million on a goal of $3.7 million. (Read more about the campaign in this case study.)

Truthfully, when it comes to nonprofit fundraising appeals, there is not always an obvious “winner.” Much like the children’s book series, there can be some unexpected twists and turns alongside underlying factors that contribute to the overall level of funding achieved.

The best fundraising strategy in any situation depends on the context:

Getting the right message to the right person—understanding the motivations of the donor or investor you are talking to—is most important. As I described in my book, Asking Rights: Why Some Nonprofits Get Funded (and some don’t), the investor motivation matrix measuring financial commitment and motivation/appeal illustrates this relationship in a meaningful manner. The larger the ask, the more a rational appeal will motivate a positive response. So this winner in this battle between emotional and rational fundraising? Success in fundraising truly requires the fundraiser to address both rational and emotional motivations… and the choice is not mutually exclusive.

Are you ready to have experienced fundraising support on your side to reach your fundraising goals effectively utilizing a rational, ROI-based funding strategy with just the right amount of emotion-based appeal involvement? Convergent Nonprofit Solutions can provide the expertise you need. Take our free Fundraising Reality Check or contact our experts to get started today!