A Feasibility Study: The First Step to Fundraising in Uncertain Times 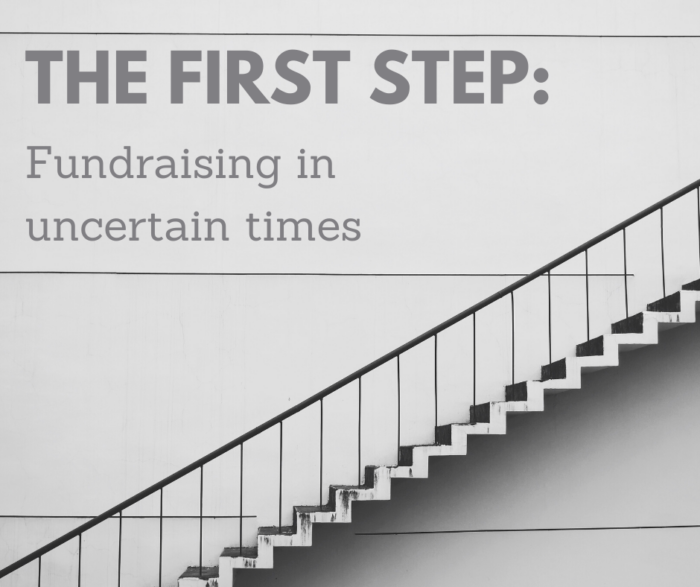 I recently spoke on our podcast with four members of our Convergent team about their experiences during the Great Recession of 2008-2010. Senior Project Director Doug Croft was running the Thomasville Chamber in North Carolina and Senior Project Director Dennis Hinkle led the Greater Burlington Partnership in Iowa at that time. Both were involved in capital campaigns for their communities. Both campaigns ended up reaching (and exceeding) funding goals.

Convergent Principals Rick Kiernan and Mark Bergethon were on “the other side of the desk,” asking for major investments for economic development. They were fundraising during a time of true economic crisis. And they were doing it successfully!

Here is a look at a portion of our discussion on fundraising during uncertain times and the importance of a feasibility study as the first step toward success:

What did it take for your organization to make the decision for a capital campaign in 2008?

DENNIS: We didn’t actually choose to do a campaign in a recession. We knew we needed a campaign, and then the recession hit. The communities around us had four to five times as many resources to operate with, was the bottom line. We told our board if we were going to change the results, we would need an externally-driven capital campaign to get more resources. At the conclusion of our campaign, we had tripled our funding.

The need was very great back then and right now. People in the community recognize, “Hey, we have to do something.”

DOUG: A word we tossed around a lot then was “bold”. It is definitely more difficult to be bold in tough economic times. In Thomasville, NAFTA was not a friend to our community, and jobs had been disappearing for many years. We had received an offer for an organization to give us a building for a new office, but it needed renovation. We saw an opportunity to do a capital campaign for this plus a major marketing and branding campaign.

We hired Convergent for our feasibility study in the Fall of 2008, and then the stock market literally fell 50 percent in one day. We got great feedback from our community in that study though and took our board to a planning session to walk through the recommendations. I also invited a few other community leaders who were not on our board. I remember walking out of that meeting, and I have never been more proud of my board. We were bold, and we were moving forward. The first week of March 2009 was the worst week of the recession … that was the week we started our capital campaign.

The feasibility study was really the critical piece of the campaign. We felt like the state and federal government were not going to help us. We knew somebody local needed to lead our funding effort. The feedback from the feasibility study showed that the community knew this too. We tweaked our plan because of specific input from those that were interviewed for the study and exceeded our fundraising goal. That led to many other great things for us in the following years. It changed the tone of our community and our organization.

What was it like as a fundraiser during an economic crisis?

MARK: It was scary, but in retrospect it was easier to raise money for Chambers and economic development in that era than you would think. In Vermillion, South Dakota (population 10,000 with half of them students), we were leading a capital campaign in 2008 for the Vermillion Area Chamber & Development Company. It was the first time they had launched a multi-year economic development strategy. We did their feasibility study interviews in March 2008. It was a surreal period. I remember being in an investor’s office with CNBC on television in the background talking about another Great Depression.

We were pretty cautious. We laid out the pros and cons with the study and let the board make a decision. It would have been easy for them to sit on the sidelines and not do a campaign. But those leaders got fired up, and I remember being so inspired by them. Their mindset was that we can’t count on the global or national economy, we have to strengthen our local economy.

RICK: I personally conducted the feasibility studies in Burlington and Thomasville. Not only was the sky falling with the economy, but the Mississippi River was rising with massive flooding in Iowa as well. Talk about a challenge!

Both organizations had what we call Asking RightsTM. This was uncovered in their feasibility studies. Another big piece that came from the feasibility studies was a blueprint, a true community visioning process. Public sector, private sector, individuals, businesses, nonprofits — all coming together to determine what their town would be 20 years from now. Getting that plan in place and rallying behind it.

Were there common themes in these successful campaigns that those considering a capital campaign now should know?

MARK: The need for economic development is never greater than when the economy is down. As recovery takes hold, now is the time to secure the resources so you can implement plans for the benefit of your investors in the community.

DENNIS: Leadership is key. Having the right people in the right roles. We had people who were able to see beyond the present circumstance, who had a vision for what they wanted Greater Burlington look like. When you’re looking at changing the course of the community, it’s critical to have strong leadership. Some of those people were directly impacted by the economic challenges but still stepped up. If you want to be a bold, progressive community, you have to start acting like it.

How should economic development leaders take the first step?

MARK: A shift in mindset. I understand the reluctance that economic development organization and Chamber leaders have. It’s important to realize you’re not begging for money. You’re asking for funding to employ strategies that help meet their needs. You’re looking to partner with them to solve their problems. You’re part of the solution.

RICK: Have a fundable plan of work. What are you going to do now? It’s different than what you did last year. Talent Attraction and Retention are not the critical need right now. When you think about the small businesses negatively impacted by COVID-19, it’s clear that BRE and reshoring will be among the focuses for the future of many communities. That type of aggressive plan for recovery is investable. There are still companies, almost on a daily basis, announcing expansion plans. They are forecasting future demand. I believe there is a lot of confidence to rebound if you have an investable plan.

DOUG: I agree, Rick. This is a time of uncertainty, so your plan has to have clarity. Let a feasibility study do its job and help you develop that as the first step to a successful capital campaign. Your plan is nothing but a hope and a dream until you get feedback from your community.

Kristin has worked with national and local nonprofits in her path to Convergent. She works closely with our project directors and principals to provide strategic marketing and brand guidance.