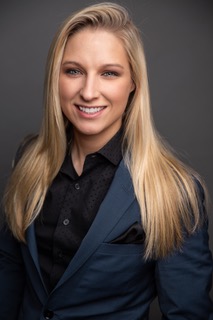 I worked previously as a campaign manager for a political candidate who is a nonprofit, social enterprise, and investment professional in our community. That experience introduced me to the nonprofit world, plugging me in with nonprofit leaders of organizations that were making significant community impacts. Nonprofits operate much like political campaigns with activities such as fundraising, event planning, volunteer mobilizing and retention, community involvement, and demonstrating stakeholder return on investment.

Some nonprofits are stronger than others, but passion for their fellow man and for experiences that touch their hearts gives them a hunger for success that is not driven by personal gain. It reflects purpose and calling. Getting to know these nonprofit professionals challenged me to transfer my skills to the sector and help me recognized that I have the ability and unique experience to help organizations create the tangible impact that they are looking to achieve.

I am involved with local organizations that are working to end issues, like human trafficking and the opioid crisis, that put families at risk. Our communities thrive when individuals build alliances to serve and achieve, together. I wish to do my part, giving back to a country that has given so much to me.

Brooke began her career in the political realm, working special elections and serving on the staff for a Florida State Senator. Her experience made her acutely aware of major issues calling for informed activism. A passion for community engagement, civic leadership, and social impact drives Brooke; apt characteristics for her work with Convergent.

She immersed herself in grassroots activism serving as a Regional Field Director for the Republican Party of Florida. She organized voter related activities in nine counties. The Republican National Committee recognized Brooke as one of the best performing regional field directors in the country while serving on the Committee staff.

Work on a U.S. Senate campaign followed and eventually Brooke became the Florida Republican Party’s Director of Party Development, training Party Executive Committees and helping the Party in its capacity-building efforts; the groundwork for her role as a fundraiser. Her roll-up-the-sleeves efforts helped candidates at local, county, state, and national levels.